Giardino’s Chef Michel Hojac is a gifted snowboarder. From time to time he accompanies guests on the slopes. 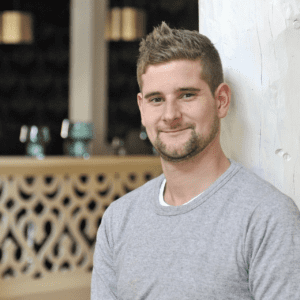 Polite, sincere and highly professional – all traits for which the Giardino hotels have won several awards. They rank highly among the friendliest hotels in Switzerland. That’s why they are very proud of their staff: they are interesting characters with wide-ranging interests. This is already the third season in which they are offering additional services to Giardino guests – showing them places and sights in the region, but in their own way. This year, Restaurant Manager Mauro Pacchioli took the fore.

The distinguished pilot takes Giardino guests up into the air and flies them over Lago Maggiore, while in winter, Chef Michel Hojac takes guests of the Giardino Mountain hotel to the slopes. Originally from Valais, he has been out and about on skis since he was five years old, and he always admired the snowboarder dudes. Now he is one himself – sporty, wiry and very laid-back. “It’s all about being able to perform on very versatile pistes,” says the 29-year-old. What does that mean? “To get down the slope in a professional and cool manner,” he adds with a sly smile. Cool includes, for example, two spins over a small bump. Sometimes he dares to do a backflip, but that’s not possible on every piste. Michel Hojac prefers to board on the Corvatsch as there are plenty of bumps, perfect for jumps. If he wants some deep snow, he goes up to Diavolezza. He even hits the slopes during his lunch break. “It’s an hour and a half when everyday life and the kitchen are completely forgotten.”

The Hotel to the story:
Giardino Mountain, Champfer-St.Moritz

Strong immune system due to Ayurveda and micronutrients

Fit into 2023 – 5 Yoga exercises for the immune system

Hints for hot days and nights

Grapes, the Superfruit from Ayurveda