Giardino Hotels » Magazine » Behind the scenes at Zai Ski

Behind the scenes at Zai Ski

The Zai is often considered the Bentley of skis. It is produced in a workshop that combines precision craftsmanship and the latest technology. A visit to Disentis. 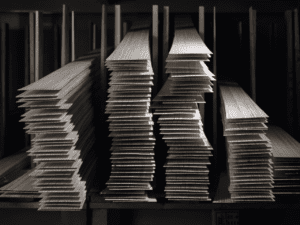 The jackdaw is one of the most intelligent birds out there. It is loyal, and very sociable. Its plumage shimmers matt black as it glides elegantly along a steep precipice before spiraling down into the depths, only to wheel around once again. And perhaps it is no coincidence that one is showing off its impressive tricks in the skies above Disentis – to Benedikt Germanier, these birds hold a special significance. Benedikt Germanier is CEO of Zai – he is an athletic man with close-cropped hair and a sprinkling of stubble. He greets me with a winning smile and a firm handshake at the entrance to the famous ski workshop. It’s a mystical place – nestled below the snowcovered Lukmanier pass, right next to an enormous abbey. It is no coincidence that the idea of Zai was born here. The tradition of skiing is truly alive and kicking here in Disentis – as is Romansh, the fourth national language of Switzerland. “People here are very stubborn and tenacious,” says Benedikt, “but also very innovative.” No sooner has he opened the door to the 400-square-metre workshop than we are already part of the action. There is steam, whistling, roaring. The scent of oiled cedar and vanilla hangs in the air. The smell of brand-new skis. 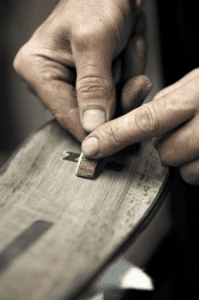 Each ski is painstakingly handmade.

The Zai is often considered the Bentley of skis. Between 800 and 1,000 pairs leave the workshop every year. Most remain in Switzerland, with others ending up in Germany, Austria, France, and even the USA. The company was founded in 2003 by native Disentis resident and novice monk Simon Jacomet, who initially developed ski models for Völkl and Salomon following his studies in art, and who also coached the downhill skiers on the Swiss National Team. In 2009, Benedikt took on the role of CEO of Zai. He had been a successful ski instructor during his twenties, but decided to pursue a different career. He worked as an economist – most recently as chief strategist for a New York investment bank. Having become disillusioned with the world of finance, he decided to accept the offer and return to his favourite sport. “I learnt things from Simon and the ski-makers that Wall Street could never have taught me,” says Benedikt. Two men who have combined their skills to create superpowers, to create what Zai is today. 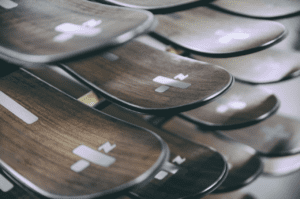 “We are driven by a desire to make things better, and often just differently,” says Benedikt Germanier, holding a plastic cup of coffee in his hand. Behind him, two craftsmen are layering a selection of different elements in two ski-shaped cartridges. The men work with as much care and precision as watchmakers assembling minute gears in a watch. One is layering elements from the upper surface of the ski down to the carbon core, while the second is placing layers from the core down to the underside of the ski. They use between 30 and 50 different elements per ski, depending on the model. They then gently place the two cartridges together in a sandwich of rubber, wood and stone before sliding it into the press. Next comes the most important step: at a temperature of 120 degrees Celsius and under four tonnes of pressure, the individual pieces are transformed into their final form: a testa (a striking personality), for example, or a laisa (furrow).

The Romansh names represent the different characters of the skis. This ski is a spade (sword). It has a solid stone core. This is unique. It’s Benedikt Germanier’s favourite ski. “With Zai, you’re buying a treasure,” he says. Each ski takes between 7 and 14 hours to make, and the final step is buffing it to a high shine, just like a diamond in the rough. People come from all over the world to witness this very special handicraft in action. Zai is a Romansh word meaning tenacious. It represents resistance, longevity and endurance. This also applies to the work ethic in the workshop. The people feel at home. They are doing what they love. With the most professional approach. “When you are striving for perfection, you need to overcome a lot of obstacles,” says Benedikt Germanier. He is speaking from experience. Tenacious, in the truest sense of the word, also applies to the skis themselves. A pair simply cannot be had for under CHF 3,300. A customer recently came to the workshop and said: “Zai is the best-value ski brand I have ever bought.” The man had purchased his skis ten years ago and is still using them. 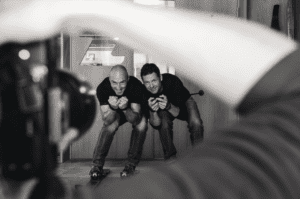 A glance out the window makes it clear that the rough landscape has inspired the work that goes on in the workshop. The mountains are right on the doorstep, and the skis can be tested at every stage in development and under all conditions. What constitutes the perfect feeling when riding skis? Benedikt pauses briefly. Then he says, “We are looking for answers to the questions of the mountain. Leo Tuor wrote a poem for Zai. It says: Zai reads the mountains and finds the line, playing on the snow like jackdaws in the sky.” 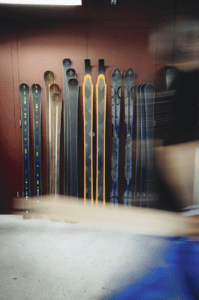 Sanded and polished – the new skis are ready to be picked up from the Workshop.

The hotel to the story:
Giardino Mountain, Champfer-St.Moritz

Windsurfing in the Engadin

My life with flowers

10 excursion tips for your family vacation in Ticino