What are marma and trigger points?

By stimulating so-called marma and trigger points, the nerve system, individual organs, parts of the musculoskeletal system and also the psyche are positively influenced. These stimulation points are also called vital points.

The discovery of the Marma points

The Marma points were first discovered by an Ayurvedic doctor named Sushruta about 1,500 years ago. Working in the army, he examined the connection between the entry points of arrows and the resulting injuries and diseases in wounded soldiers. Transferring this to surgery, Sushruta identified those points of the human body that should not be injured during surgical procedures in order not to endanger the patient’s life. In Ayurvedic learnings, it is assumed that diseases arise when these very marma points are blocked. The life energy can no longer flow unhindered and sufficiently supply the corresponding organs.

Fields of application of a Marma therapy

Through massages, targeted stimulation but also with yoga exercises, marma points can be stimulated and thus the blockages can be released.

The difference between Marma and Trigger Points

Marma points and trigger points are often mixed up. Trigger points, however, are muscle hardenings, e.g. in the neck area or between the shoulder blades, which can lead to tension, pain and stiffness. These are caused by constant tension in the muscle. The muscle tissue is not sufficiently supplied with blood and there is an undersupply of oxygen and nutrients that are needed for metabolism.

Areas of application for a trigger point therapy

In trigger point therapy, the body points are specifically pressed and massaged to relieve the symptoms. Trigger points can severely affect our quality of life; they develop, for example, as a result of many years of incorrect posture, trauma (such as in an accident), psychological stress or other strain on the muscles.

The two pictures show trigger points that can be quickly and easily stimulated manually to relieve headaches. Care should be taken not to squeeze and avoid the carotid artery. The points should be gently massaged or stretched for 1-3 minutes. 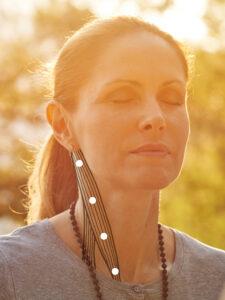 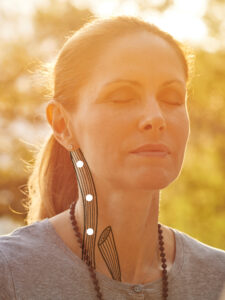 The hotel to the story:
Hotel Giardino Ascona

Deatils about Ayurveda by Giardino

Cinema, media and pop stars are leading the way

Recipe of the month: “Lavender Tonic”

Windsurfing in the Engadin

Read
Strong immune system due to Ayurveda and micronutrients