Fine dining, aroma cuisine, multi-award winning: so far, so Ecco. Executive Chef Rolf Fliegauf and his team have made the Ecco St. Moritz restaurant into one of the best gourmet restaurants in St. Moritz. But the menu isn’t the only marvel here, the location and service are also out of this world. The result: two Michelin stars and 18 Gault Millau points.

– One of the most sought-after fine dining concepts in St. Moritz with two Michelin stars.

– Fine dining in the former chapel of this historic building.

– Executive Chef Rolf Fliegauf has already been called one of the greatest chefs of his generation.

Currently at the Giardino Mountain

Fondue under the stars in the transparent pop-up restaurant RSRV

The thursday party of St. Moritz with the sound of the 1980s. For locals and ... 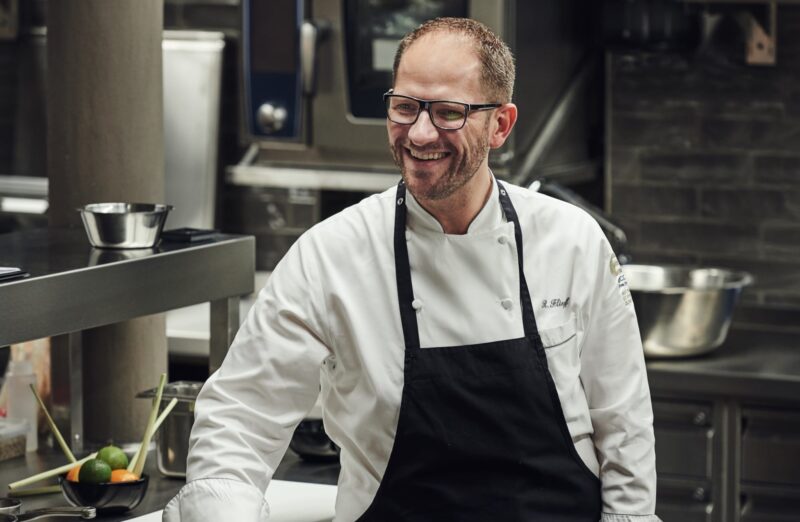 Praised by critics as one of the greatest chefs of his generation, once the youngest two-star chef in Europe and yet still completely down to earth, Rolf Fliegauf is the founder and Executive Chef of the Ecco restaurants in Ascona and St. Moritz. His style is unique. He plays, combines and experiments with textures like a musician does with notes, yet the ingredients always retain their original flavour. His “purist flavour-based cuisine” has won him two Michelin stars. It’s simply magnificent! 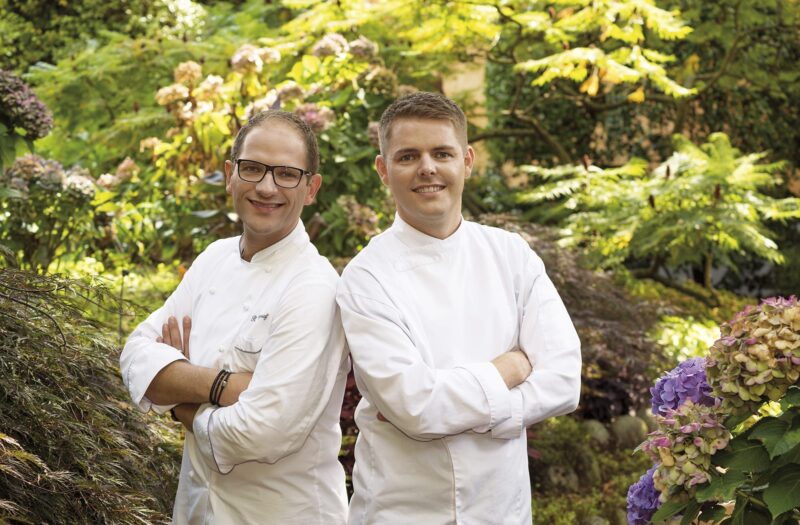 The multi-award winning restaurant concept started life in Ascona. Executive Chef Rolf Fliegauf founded Ecco in the Giardino Ascona hotel and developed his own style. This “purist aroma cuisine”, where every ingredient retains its own flavour, soon made him the youngest two-star chef in Europe. This was followed by the second Ecco restaurant in St. Moritz, where the entire team still spends the winter months. The climax: the swift arrival of two Michelin stars. With the opening of Giardino Mountain, Stefan Heilemann, a long-time companion, brought the Ecco concept to Zurich. And what a success: from a standing start, Ecco Zürich was also awarded two Michelin stars. There are now three Ecco restaurants in Switzerland, each with their own signature, but always developing side-by-side. Ecco!

Or go straight to:
Hotel in Ascona, Hotel in Zürich