Fine dining, aroma cuisine, multi-award winning: so far, so Ecco. Executive Chef Stefan Heilemann and his team have turned Ecco Zürich into one of the finest gourmet restaurants in Zurich. But the menu isn’t the only marvel here, the location and service are also out of this world. The result: two Michelin stars and 18 Gault Millau points.

– Executive Chef Stefan Heilemann has turned Ecco Zürich into one of the best restaurants in the city.

– The menu isn’t the only marvel here; the location and service are also out of this world.

– Executive Chef Stefan Heilemann is one of the shooting stars of the Swiss restaurant scene.

– Award-winning cuisine at sunset in an open-air atmosphere. One-of-a-kind in Zurich.

Currently at the Atlantis by Giardino

Just the thing for a Sunday: retreat and savour the best day of the week ...

Take a refreshing dip during your midday break, then enjoy a quick lunch afterwards

Wonderfully light and surprisingly different. A fun way to keep up traditions

17 May: a vegetarian lunch menu with regional products from FARM producers

Float in the water accompanied by light beats, drop by the buffet every now and ...

The man behind the success of the Ecco Zürich restaurant with two Michelin stars and 18 Gault Millau points: Stefan Heilemann. He belongs to a new generation of chefs who harness curiosity and team spirit to produce extraordinary ideas of exceptional quality. The German native began his career at the Traube Tonbach under Harald Wohlfahrt. He recently worked as a sous-chef to Ecco founder Rolf Fliegauf in the Ascona restaurant that bears the same name. Now he too ranks as one of the shooting stars of Switzerland’s gastronomic scene. Keep it in the family. 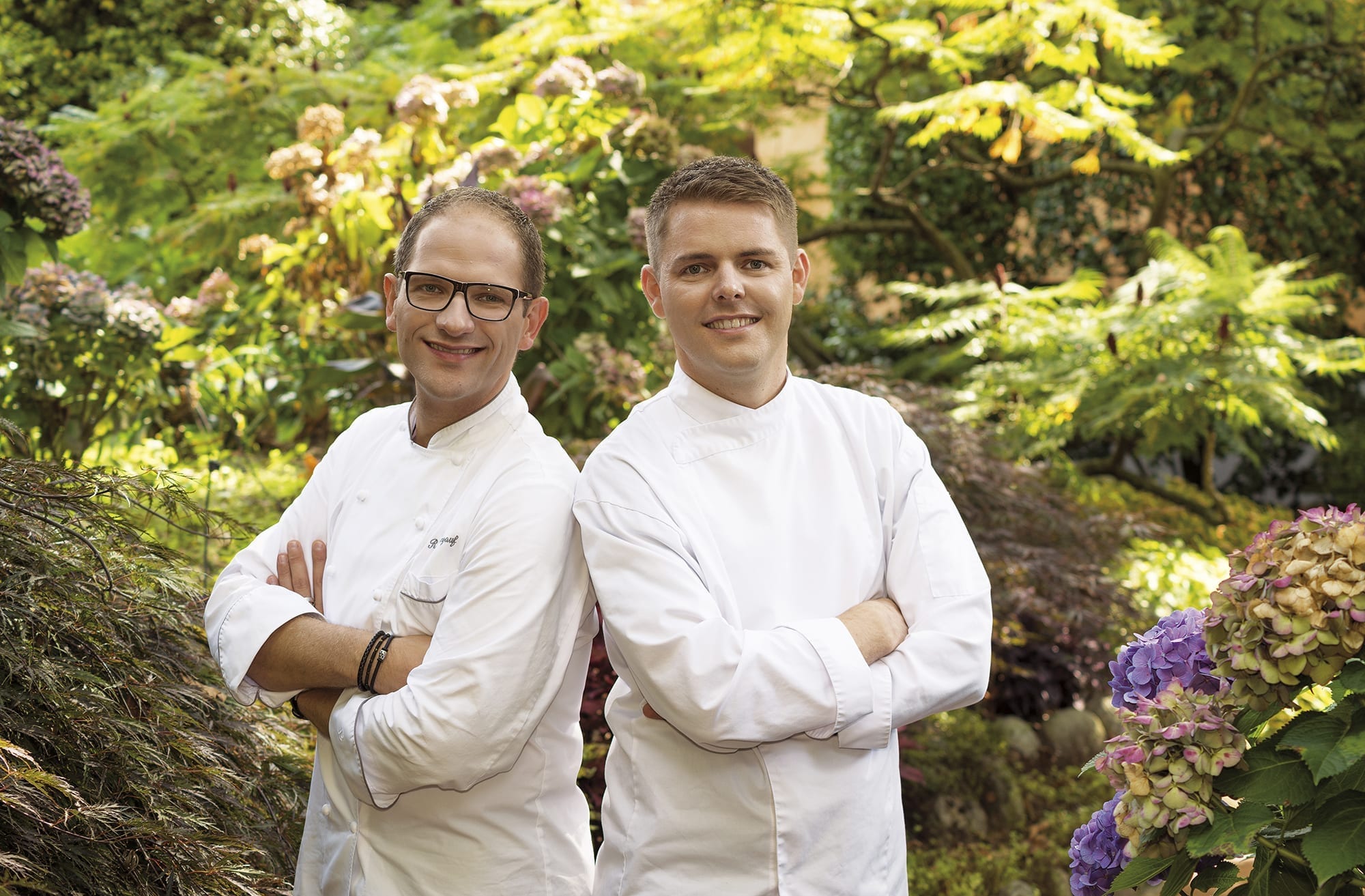 The multi-award winning restaurant concept started life in Ascona. Executive Chef Rolf Fliegauf founded Ecco in the Giardino Ascona hotel and developed his own style. This “purist aroma cuisine”, where every ingredient retains its own flavour, soon made him the youngest two-star chef in Europe. This was followed by the second Ecco restaurant in St. Moritz, where the entire team still spends the winter months. The climax: the swift arrival of two Michelin stars. With the opening of the Atlantis by Giardino hotel, Stefan Heilemann, a long-time companion, brought the Ecco concept to Zurich. And what a success: from a standing start, Ecco Zürich was also awarded two Michelin stars. There are now three Ecco restaurants in Switzerland, each with their own signature, but always developing side-by-side. Ecco!

Or go straight to:
Hotel in Ascona, hotel in St. Moritz